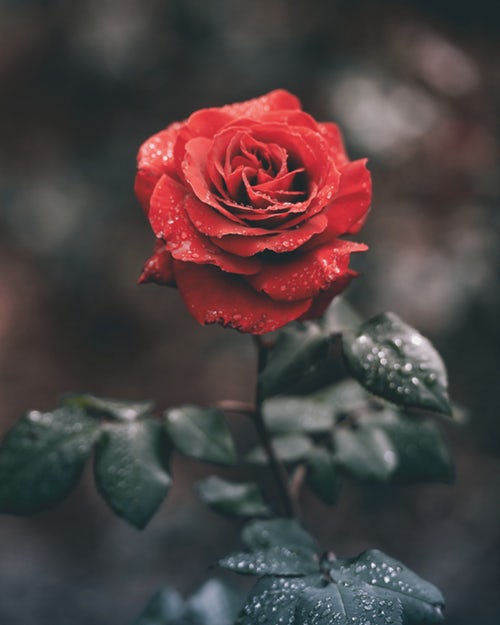 My grandfather was a great man. He could’ve lit up a room with his laughter and smile. He grew roses, these beautiful scarlet blossoms that ringed the perimeter of his house. He also drank his coffee decaf, and played golf like a professional. Granddad also had a history with heart problems. Nine years ago he had a triple bypass surgery, out of fear that something would happen to him.

I got the text from my father during my Creative Writing class. “Mom and I are at the hospital. Nana took Granddad in an hour ago.”

“Do you want to come up so you can say goodbye?” my mother asked when she called.

An hour later I carpooled with my sisters to Bedford to be with him in his final moments. I held my breath in the elevator to his hospital room. My father told me what happened as we hugged. Granddad had a massive heart attack. He dropped to his bathroom floor and was rushed to the emergency room after my grandmother, Nana, heard him fall and called for paramedics. When we got there my parents and grandmother were already there. Their eyes were bloodshot and their faces were slick with tears. Granddad was wrapped in a blanket, poked in three different places with needles and tubes, and a oxygen mask was strapped to his face.

Each gasp of breath, every shudder of his body, felt like his last.

There were ladybugs in his room. Totally at home, their red carapaces contrasting with the white walls.

“You can talk to him,” my mother said as she pulled me close. “He can hear you.”

I didn’t know what to say. A part of me thought it was silly, he had trouble hearing even with hearing aids. What would you say to a man who came to every birthday party? And sent Christmas cards with checks tucked inside?

What would you say? To a man with milky eyes, and diagnosed by the doctor as brain dead?

“Hey Granddad,” I choked out, “Thank you.” I had to say it several times because I couldn’t hear it over the sound of my own sobs. “I promise,” I said, “I will be a man you’ll be proud of.”

I am a helper, it’s how I was raised. Being told, “There’s nothing you can do except sit and keep him company,” was the hardest thing I’ve ever heard. I held his hand, and I could feel the lead of his bones as his body twitched and spasmed.

And I prayed dozens of prayers that I didn’t remember learning. They spilled from my mouth like pennies.

“Be strong,” I kept telling myself. “Be strong for Nana.”

My father told me once that he was surprised I didn’t want to become a doctor. The reason is because losing people isn’t in my nature.

There’s so much I wish I could have shown my grandfather that now I’ll never get the chance to: my wedding, high school graduation, my first dinosaur discovery, his great granddaughter.

Granddad said he always wanted wanted to donate his body to science. Maybe the Buddhists are right: that matter and life are reborn for new growth or the next life. Even now, planning to tattoo one of his roses on my arm, I keep thinking about all the lives that he will save. It could be anyone; a teenager in Colorado, a transplant patient in New York, a little boy who needs blood. His very cells could cure cancer one day.

So with that thought at least, I am content. And I look forward to seeing him and his beloved roses in his next life.