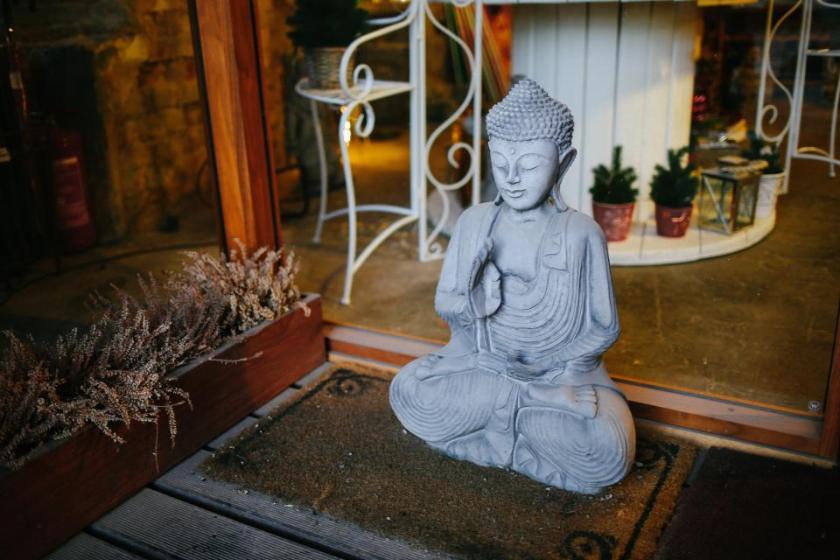 The early morning shift of the Kyoto Takeda Hospital was a slow one, dotted with the occasional life or death cases. The doctors had taken to calling it “The Delivery room.” The hospital lacked the necessary equipment to deliver children, so the name stuck.

Einosuke Hada was the newest member of the Delivery, a bright young man in his late twenties who recently graduated from an American medical school (he had gone on scholarship) and acquired his position. The only sound in the common area was the clop-clop-clopping of his shoes as he paced, papers being signed, and the ringing of the receptionist’s phone.

Einosuke heard the ringing of the ambulance sirens as the vehicle parked. A split second later the doors swung open.

A group of four emergency medical specialists pulled a gurney with a woman strapped to it down the hall towards an operating room.

“Hada-Sama,” one of the specialist exclaimed, adding the honorific to Einosuke’s last name, “give us a hand!”

The young doctor stepped quickly behind the gurney, the baggy legs of his purple scrubs fluttering as he doubled his pace.

“Status?” he asked, keeping his eyes on the emergency room doors that were growing closer and closer.

“Female in her twenties, she’s stable but her vitals are weak,” The specialist from earlier spoke.  His name tag in his left breast pocket identified him as Harada.

“Cause of injuries?” Einosuke asked, looking down at the woman before him. She wore a ripped raincoat slick with blood. Underneath Einosuke could see a well made black dress, with silver detailing working its way down from her breasts to her stomach like a spiderweb of dew. The left side of the dress had split outwards from the seams, exposing purpled flesh. Blood and scraps of fabric mixed like paint on her pale skin.

Harada’s breath came out in puffs as they rushed along the sanitized halls. Einosuke repeated the question.

“Severe blunt force trauma,” Harada said. “Witness said she threw herself in front of a truck.”

The doors to the emergency room opened with a heavy clunk, as they slammed against the light blue walls. With a grunt, Harada and Einosuke managed to lift the young woman onto the table in the center of the room.

“Left brachial and antebrachial are shattered,” Einosuke muttered to himself, looking at the signs of damage after he gently cut away the undamaged sections of coat and dress. “At least three fractured ribs and possible bruising of her left lung.”

With a sponge he began dabbing away the blood, his stomach clenched at the tender give of flesh and bone.

“Massive bruising and contusions on the left side of her face,” Harada said, pointing before leaving the room.

Einosuke lifted his head from the apron he was tying behind his back to look at an entering nurse.

“Get Doctor Hirano, and bring an oxygen mask immediately!” he exclaimed, “And notify the blood reserve downstairs that we will need a possible transfusion.”

“Of course,” the nurse said before stepping out.

Eventually, the nurse and Doctor Hirano returned. The graying doctor did her best, trying to keep up with the frantic movements of her younger counterpart.

“Her breathing’s shaky,” Einosuke said, a hint of panic seeping into his voice and clawing into his heart. The woman’s already pale skin faded into translucence.

“Let’s get her an MRI,” Doctor Hirano said, wheeling a new gurney over to the table before holding the patient’s ankles. “Slip that mask over her mouth.”

As Einosuke watched the young woman sleep in the MRI under the influence of anesthesia, he felt a lump grow in his throat.

He was just about to pray to the Buddha when Doctor Hirano made a noise in the back of her throat.

Hirano let her gaze turn to the door of the analyzation chamber.

“She has a tako tsubo,” Hirano said.

Einosuke looked at the monitor in disbelief, blinking his eyes in hopes that he wasn’t seeing the disfigured bell shape of her heart.

However, no matter what, her heart stayed misshapen.

With a grumble of frustration, he ran his fingers through his straight black hair. Individuals who suffered from the ailment experienced an overflow of blood into their heart, a result of the interior tendons snapping. They died of a broken heart.

“Is there anything we can do?” He asked. “I’ve never– this isn’t something I– can we do something?”

Hirano shook her head and whispered, “nothing,” before leaving the chamber to return the patient to the emergency room.

In the staff locker room, Einosuke lit an offering of incense for the large metallic statue of the Buddha that took up most of the space in his locker.

“Take her into your arms, Lord,” he begged, tears beginning to flow from his cheeks. “There is nothing I can do…look after her,– in this life and the next.”

If the mighty Buddha accepted the offering or pledge he gave no sign, he simply smiled his bronze grin, staring back at the anguished doctor.