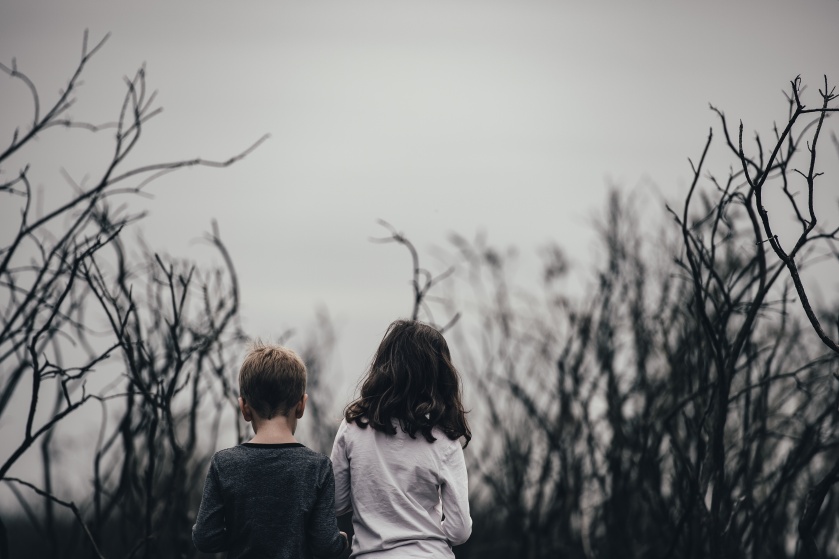 “I bet you, like, ten bucks that you can’t eat three whole pickles in fifteen seconds.”

“You don’t even have ten bucks.”

James crossed his arms and sat back in the chair, the ‘Sunhill Foster Center’ sign outside casting his face into sharp-cut shadows as the sun set. “Only the money is theft money. The pickles were obtained completely legally.” He raised an eyebrow, pulling his face into a regal, knowledgeable expression.

James raised an eyebrow at the girl in front in him.

Sam leaned forward and poked him. “You totally wanna.”

James broke out in a toothy smile and hit Sam on the shoulder. The two children laughed and started shoving at each other, bet forgotten. Their carefree pushes at each other had turned into an impromptu wrestling match and now they were both rolling around the room, not-so-carefully avoiding tables and the most likely expensive vases they held.

A woman’s voice broke them apart. “Is everything alright in here?” Ms. Kaberov, the foster center administrator, leaned into the room. “I heard some thumping.”

James shook his head enthusiastically and grinned. “There’s no trouble Ms. Kaberov. Sam here was just showing me some her wonderful dance moves–” He was cut off as Sam elbowed him in the ribs.

Ms. Kaberov pursed her lips, but nodded and stepped out of the room.

Once she was out of sight, James blew out his cheeks and collapsed backwards onto the floor from where he sat. “Eat your pickles, Sam,” he said loudly.

Sam swatted him on the side of the head with an open palm and chuckled at his exaggerated sound of pain.

James frowned and rolled over, propping his head on his palms. “Eat the pickles.”

James narrowed his eyes. “Eat them!”

A knock on the door silenced them. A young man leaned in the doorway, a mop of black hair hanging in his face. He was dressed in jeans and a button-up, his blue converse almost glowing with their intensity. He smiled awkwardly.

Sam hit him on the head again and ignored his noise of protest.

The man chuckled and unfolded the form in his hand. “I’m looking for, uh, Samantha Locker?”

Sam frowned and looked down at James before standing, crossing her arms. “It’s just Sam, now,” She said slowly. James stood up beside her, standing defensively at her side.

The young man broke into a smile. “Samantha, Sam? It’s me, Eli, remember? I’m your brother.”

Sam froze in her place and James took a step forward.

Eli’s smile fell slightly and he handed James a piece of paper. The boy looked at it for a few moments. He uncrossed his arms and gave the paper back, looking at his friend. “Sam.”

She stared at Eli for a few moments more before turning away to face James. He put his hands on her arms, making her look up at him.

“Look, buddy-o,” he began, looking at her intently. “I’ve only known your brother by how you talk about him, but I’m, like, 87% sure this is him.” He looked over at Eli and smiled before turning back to Sam. “I’ve been your friend for certifiably forever. You can trust me. Go to your brother.”

Sam smiled at him, eyes glistening. He nodded. She turned to face the man at the door. “You’re my–” she broke off. “You’re Eli?”

Eli swallowed thickly and nodded. “Yeah, Sammy. I am.”

Sam broke out into a wide, watery grin and ran to Eli, hugging him tightly around the waist. “I missed you so much,” she mumbled into his shirt.

Eli leaned down to kiss the top of her head. “I missed you too, kiddo.”