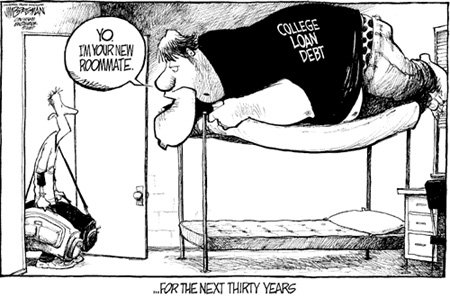 In an age where colleges consider factors such as gender, class, race, and sexuality for admission, college isn’t discriminatory on the surface. In fact, it seems like it’s gotten more open-minded as your grade point average isn’t the only thing being weighed next to your entrance essay. So then why do the poorest cities see the highest high school dropout rates, and as a result, lower college admissions? Why do women make up the majority of college students, yet earn less once graduated? If it’s truly unbiased, then why is the percentage of students of color enrolled rising only infinitesimally in private colleges after the ruling of Regents of the University of California vs. Bakke? In this age, college can be discriminatory, even while taking strides to be more diverse.

Though many colleges have starting using holistic reviews for admissions, it still remains a numbers game, no matter how great your admissions essay is. Entrance usually s
tarts with a base SAT score, number of community service hours, GPA, and, of course, how much you can pay. The average year at a public university in-state will cost

a student around $9,410. The average year at a private university is more than triple that, costing around $32,405. Sure, that may sound like a lot, but if you get a job and maybe take out a small loan, you’ll end up in the clear. Unfortunately, that’s not usually the case. Minimum wage jobs are the most prevalent type of jobs amongst students, but they don’t provide necessary funds. Going off of federal minimum wage requirements (keep in mind, this can vary state to state), it would take someone working 25 hours a week to completely pay off in-state tuition. Not too strenuous, until you get to how many hours you would have to work a week to pay off private university: 85. That’s twice the amount of hours of working full time, and is impossible for the average worker, let alone someone who is in college. No wonder so many people end up taking out student loans, and no wonder that in 2012, students nationwide ended up borrowing over 110 billion dollars.

It holds no candle to national debt, but certainly outweighs the student debt forty years ago. In 1970, student loan borrowing only amounted to a paltry 7.6 billion, and a lot of that has to do with minimum wage and the cost of college. For example, the minimum wage was $1.60, and with inflation rates, it would be $9.80 today; already higher than the current federal minimum wage. (But wait! There’s more!) In 1970, a year’s tuition at a public university cost $1,207, which meant it could be completely paid off by working 15 hours a week. So, while minimum wage has slowly and inconsistently been raised, the price of college has skyrocketed, making it almost impossible to afford without taking out loans.

That being said, college has become more and more necessary for obtaining better jobs, and with it, better pay. With just a bachelor’s degree, a person could earn $23,291 more than the average high school graduate. In addition to college, there has also been a lot of focus on unpaid internships to become qualified for jobs. Companies hire college students who are willing to work for little to nothing in order for the students to attain credit and work experience. After all, the more experience you have in a field, the more likely you are to get hired in it. It’s also a way for companies to take advantage of this need and use students for free labor. While unfair, many students see it as a necessity to achieve the career they want. It’s a vicious cycle.

Let’s say you’re born in a well-off family. It’s never an issue of if you will go to college, but where you will go to college. You study hard and get in, but without a scholarship. That’s not an issue. Your parents will gladly make up for the deficit and which means you can avoid taking out student loans or working minimum wage jobs. In the summer, you decide on an internship that will look good on your future resume and find out that it doesn’t pay. Again, to save you the trouble of an internship and a job at the same time, your parents either invite you back home or put up money for you to rent an apartment and buy necessities. After years of this you graduate, and thanks to your internships and your degree, you land a well-paying job. Now your kids will be born into a well-off family, and the cycle continues.

But what if you’re born into a lower-income family? Maybe you’ll go to college if you can. You might earn a small scholarship. Even in high school, you might already be working a minimum wage job to earn money for yourself or your family. Then, you study hard and get into college. Your parents can’t pay for tuition, so you take out student loans. You decide that once you graduate college and land a good job because of your degree you’ll pay off that debt. However, you’re not able to afford an unpaid internship. There’s no way to earn those extra points while also working at a paying job. So after graduation, you’re left with your loans, your degree, and your inexperience. You get a job that isn’t bad, but isn’t the best. It’s going to take you longer to pay off the student loans than you thought, and the interest keeps accumulating. You might not be poor, but you’re certainly not rich. This means your kids will go through the cycle you went through if they choose to go to college, all because you don’t have enough money.

Not having enough money is a big problem, and surprisingly, so is race. Cities like Detroit, Baltimore, and New York City are notorious for their large high school dropout rates, as well as a large population of minorities. While not indicative of a college’s racial bias, it shows that many people of color don’t even have the chance to go. Most universities don’t accept high school dropouts, after all. 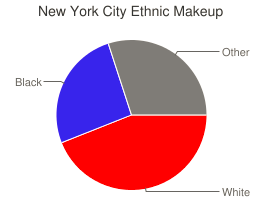 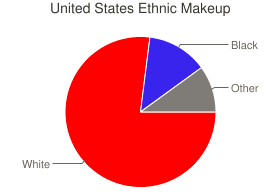 The trend of race relating to a high dropout rate doesn’t signify that a particular minority isn’t intelligent, but rather reflects inner-city life. In fact, the trend seems to stop with New York City, where there are more white dropouts than black. When compared to the United States’ population overall, however, it shows a stark contrast between those cities and the U.S.

Is it simply that college is more biased towards those with more money and discriminatory towards minorities and the lower class? Perhaps not, and as we as a nation bring more attention to inequality as a whole, universities are more likely to change criteria even more. Who knows? One day, they might even make it free (I’m looking at you, Bernie).

Kaitlin Gertz is a Sophomore at Barbara Ingram