Scrappy Frazier the Pug passed away March 10th, 2016. May his memory never be replaced in the hearts of his family. Rest in peace old friend. (A continuation of “Man’s Best Friend”)

“Scrappy isn’t feeling so well today.” My mother told me as we drove home from the grocery store. “He had another accident and his breathing isn’t good. I’m sorry for having this conversation in the car but… frankly I don’t know what else to do.”

I could feel the tears slide down my face as I heard the pain in my mother’s voice. Each salty tear drying and melting into my flesh. In my mind I thought to myself I need to be brave, I need to be brave and strong for my mother and little sister. Scrappy had been having accidents with his footing and breathing for the last few weeks, each attack was like a seizure and they were growing more frequent. This left my mother with few options and a feeling of helplessness. Those who have read any of my work will know just how much this dog meant to me, and for those who didn’t I will ask you to visualize in your head the relationship Timon had with Pumba in Disney’s The Lion King.

When we got home from the store, I grabbed a bag of groceries, a carton of milk from my mom’s car and dropped it off on the kitchen table. I had grabbed two more bags and had made it halfway to the garage door when I heard my mother gasp “I can’t do this… I can’t do this.” She was sitting on kneeling in front of the kennel.

Laying on his pillow, his black muzzle flecked with grey, and relaxed in a look of serenity was Scrappy, he wasn’t breathing and he never would again.

I have never seen my mother that shaken. Her face was the color of her dark red hair and she couldn’t keep calm long enough to dry the tears from her face. Her voice shattered with every sentence she said over the phone or to my grandfather. I kept telling myself be brave, be strong, do it for Mom.

The next few minutes where a blur. I remember just going back to the car in shock and unpacking while my mom and sister hugged. Get these unpacked Derek, I kept telling myself, don’t think,  just keep moving.

“Why?” I yelled to the ceiling. “Why now?” I yelled at the airplanes full of people who were blissfully ignorant, to the stars that weren’t hidden behind the clouds. And lastly to the God I loved. I was angry, angry that he chose now for the time to take Scrappy. And that the way he chose to take him home was through passing away in his kennel, in a cage. My father always said “the worst part of being a pet owner, is saying goodbye.” Later that day my grandmother said; “He gave me a look today. Something in his eyes said that his work was finished and that it was time to rest.”

“I didn’t get to say goodbye to him, only good morning. But if I did I would have said something along the lines of: thank you for always being there.”

We all had our ways of coping that night. My mother called a few friends and they spent the evening with her. My little sister, Evee, broke out the popcorn machine she had gotten earlier in the week and made a giant bowl for dessert. I went upstairs and called my girlfriend, someone who I could cry to without being ashamed. Then I wrote for a little bit.

We Fraziers are built tough. We may not be the strongest or the fastest people, but we are built to last. Two incidents with poisonous mushrooms and even his obesity couldn’t take down that pug. In the end he lived to be thirteen years old, two years older than the average lifespan of his breed. Two years of surviving through pain simply because he loved being a part of our family.

Scrappy had always been there for me. We read comic books, watched Lord of the Rings together, and even sat outside looking up at the clouds on beautiful summer days. It was everything a stereotypical relationship between a boy and a dog was; friendship, trust,  understanding. Scrappy was more than just the household dog. He was a friend, a partner in crime, a furry brother. A world without him was something that I always hoped to never arrive.

But the day finally did, and now I was left to live in a world without the sound of his claws on the hardwood floor of my kitchen. Scrappy isn’t the type of dog you can replace. You could live your whole life without meeting him and never bat an eye, sure. But whenever someone met him, their life was changed in a positive way because of who he was. I have only good memories of that dog, and photos that will be here with me even when I’m too old to remember when they were taken.

I didn’t get to say goodbye to him, only good morning. But if I did I would have said something along the lines of; thank you for always being there and for always staying true to yourself. You never made me feel like I was the master and you were the dog, rather you made it feel like we were brothers despite the fact that I was several feet taller than you. I would like to thank you for the bottom of my heart for all the memories, and I look forward to seeing you again. 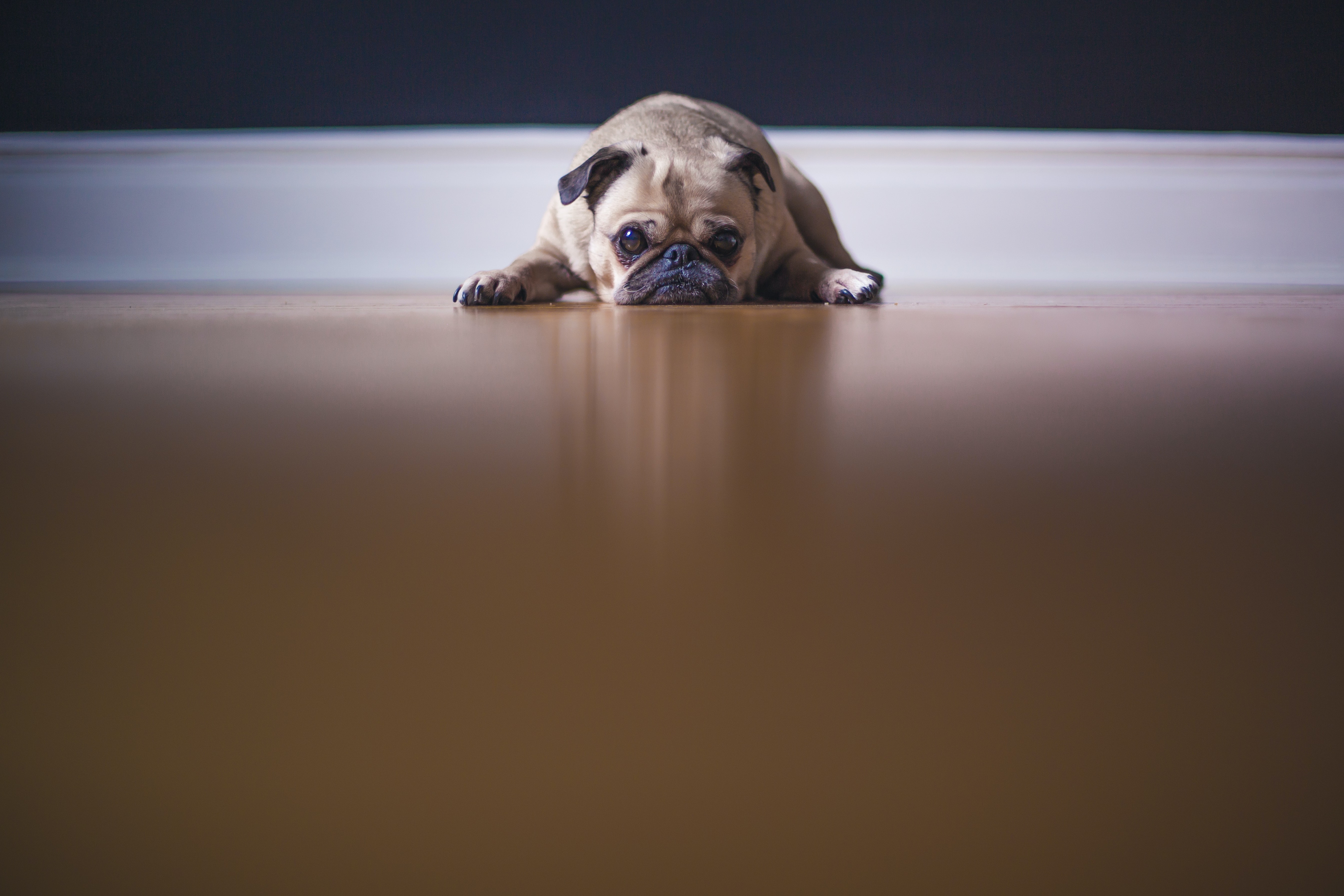 Derek Frazier is a Sophomore at Barbara Ingram.

One thought on “Facing the Unthinkable”